After all, Moses did bring two tablets to the Jewish People.

The Western Wall. Old markets. Ancient Synagogues. These are just some of the sites that come to mind when thinking about Israel. The country sustains a connotation of religion and spirituality while being the homeland of the Jewish People. However, since its proclamation as an official state in 1948 by Prime Minister David Ben Gurion, Israel has become more than just a place of religion and faith. Now, in 2019, Israel is a global leader in business and technology and has more startup companies than any other place in the world, with the exception of Silicon Valley. After all, Moses did bring two tablets to the Jewish People.

Though the country is becoming the land of startups, the Jewish beliefs upon which it was founded continue to influence the state of Israel in modern times. In accordance with religious teachings, Jewish beliefs encourage us to be curious and to sustain the drive to advance society. In addition, these new inventions can also be used for chesed, for instance, providing resources to countries in need.

Water-Gen is an excellent example of one of these startups. Being the first company to harvest water from the atmosphere, it has used its resources towards the most suitable functions possible. Their emergency response vehicles, for instance, have been implemented in times of crisis and their large water generators have been installed to provide water for entire towns and villages. After all, almost 50 percent of the world does not have reliable access to clean water, which is taken for granted by many in more prosperous countries like the United States and even Israel itself.

Some additional startups are influential in more minor ways. Waze, the helpful navigation app was invented in Israel and is now used as an international platform for avoiding traffic. In addition, it is the first application of its kind to be an open-source platform which not only recommends faster routes and provides helpful alerts but also connects drivers to ensure a more enjoyable and safer driving experience. In addition, Store Dot, a startup that specializes in batteries for electric cars, has developed technology that can charge an entire car battery in just about five to ten minutes. While this may seem insignificant, its impact is of a greater extent, as better electric car batteries will influence a greater number of consumers, therefore diminishing the amount of pollution forced into the atmosphere by gasoline vehicles. Best of all, it achieves what Tesla, a promising but struggling company, was not able to. It is, therefore, no surprise why Israel is the Silicon Valley beyond Silicon Valley. 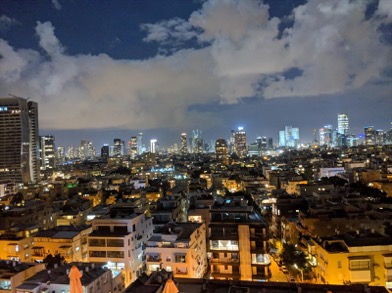 One of the Land Of Startups’ most important factors is its people. Tel Aviv has the reputation of being one of the most liberal cities on the planet and, in addition, has one of the largest LGBTQ+ populations in the world. Considering the nature of Israel’s government and the political nature of its supporters in the United States, that is quite ironic and, if you will, counterintuitive. Certainly, it is healthy for the generation of such tremendous ideas and constructs, but in contrast, by this fact alone, Tel Aviv differs largely from other cities like Jerusalem or Haifa that tend to be more conservative in values. Although, interestingly enough, Tel Aviv has the largest Jewish population (especially that of secular Jews) of any city in the state of Israel. Whether this fact comes into play in the city’s liberalness is questionable. But, again, most new and upcoming cities and concentrated areas across the world at this point in time tend to be more “hip” and, as an effect, more liberal, which tends to attract a large amount of youth.

The expansion of the country’s economy, however, is not limited to its technological aspects. New skyscrapers are as well being built left and right to accommodate this giant influx of startups and businesses, accompanied by a mass public transit system that will serve the entire city of Tel Aviv. One of these skyscrapers will be over 100 stories high, potentially close to the height of the Freedom Tower in Manhattan and the tallest building in the entire State of Israel. While the construction of these buildings is a representative sign of economic growth in the state, some of the companies building them are unfortunately not Israeli. A number of companies being ushered into the construction scene of Tel Aviv are Chinese which both limits Israeli growth and consequently helps the country’s economy.

While the startups and innovations being produced for the long run have the potential to change the world in the near future, certain additional factors surrounding the successful business generate questions regarding its benefits for the State of Israel. Although the movement itself may provide a good reflection of the country, overall the liberals that make up the new population of the city and contribute to the movement may conflict with the government’s perspectives and usher in too many foreign businesses which profit off of the country. After all, a country can only export so much before its resources hit the dust. 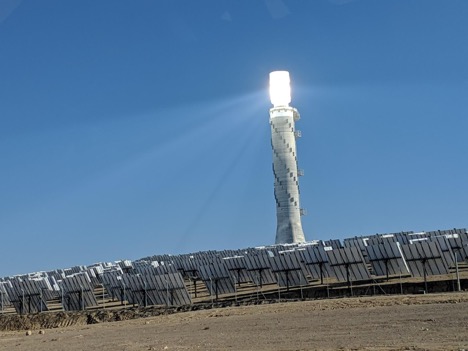 A first-of-its-kind solar power plant in the northern Negev Desert.

However, is this really a reason to halt the incredible technological industries of the state? Technology has become the forefront of Israel’s economy and their main export. This new era of startups is almost required in order for Israel to succeed. Innovations that were once thought impossible have become an everyday part of life in Israel, like harvesting food and wine in the middle of the Negev desert or reporting accidents and police on the most-used GPS app in the world. Using a USB drive, even, would not be possible without the never-ending push of Israel’s technological uproar. And as for the inhabitants of Tel Aviv, they are the creative force needed to push their uproar. For this reason, the government will tailor to this new liberal energy as a result. So, in theory, Israel should continue to do what they do best: invent.

Jeremy Bernstein is a junior at North Shore Hebrew Academy High School in Great Neck, NY. He is a Staff Writer for Fresh Ink for Teens.Jordan Hydro 6 Sandals