The Invisibles: We Want To Live

A Film About Four Jewish Germans who Survived the Holocaust in the Heart of Nazi Action.

If you were a Jewish teenager living in Nazi Germany, what would you have done? This is an impossible question for anyone to answer today, and it was no less impossible to answer as World War II raged on. But as the Nazis took over Germany, aiming to eliminate all Jewish people, German Jews faced this exact, unthinkable question. Should they stay hidden in their home country, in plain sight, and risk being caught?

“Die Unsichtbaren,” or “The Invisibles,” is a film that tells the stories of four teenagers who were faced with this decision and ultimately decided to hide in Berlin. Of the nearly 7,000 people who made this same decision, they were four of only 1,500 survivors.

Directed by Claus Räfle and written by Räfle and Alejandra López, the film stars Maximilian Mauff, Alice Dwyer, Ruby O. Fee and Aaron Altaras. “The Invisibles” layers recent interviews with the four teenagers — Ruth Arndt, Hanni Lévy, Eugen Friede and Cioma Schönhaus — with footage of Germany in the 1940s and actor portrayals of the four stories. Though the actors themselves appear much older than the characters they play, they nonetheless do an excellent job of reminding the viewer that Ruth, Hanni, Eugen and Cioma were children. Their acting has a youthful edge to it, coupled with an intensity that is all too appropriate given the situation the teenagers were in. The interviews with each survivor are masterfully woven into the film and do not halt the dramatic narrative being told by the actors. Rather, the interviews serve the purpose of adding each survivor’s reflections from nearly 80 years later to the story and reminding the viewer that the year is 2019, not 1940 and that these teenagers survived the Holocaust.

Through a combination of intelligence, wit, luck and the kindness of others, the four young adults survived World War II in the very center of Nazi action. Some left behind family and loved ones, surviving almost entirely on their own at the young age of 16 or 17. The Jewish teenagers were no different than Jewish teens today; they had families, friends, romantic interests and passions — but their lives were turned upside down. 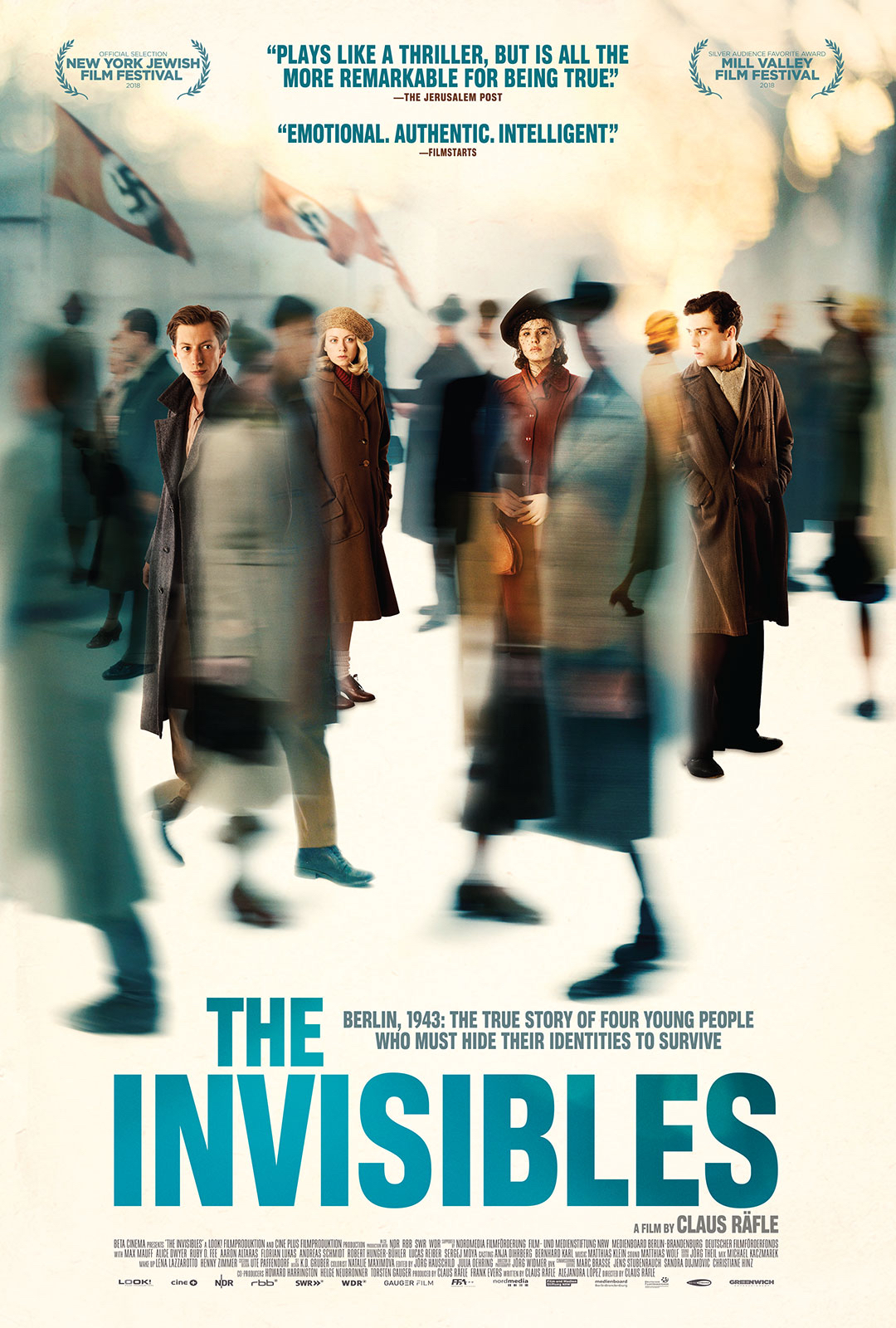 Much of the movie focuses on the efforts each teen put in to prevent being caught. Throughout the film, Ruth, Hanni, Eugen and Cioma master the art of hiding in plain sight. The young adults go through a series of different actions to disguise themselves: dying hair blonde, changing names, greeting people with “Heil, Hitler” and using crafty techniques to find places to sleep without having to provide identification. They spend their days in movie theaters and other busy and dark places to avoid running into people they know. The teenagers do not just fight for themselves: they forge passports and hand out pamphlets against the Nazis for the sake of helping the millions of other Jews struggling during the war.

The film is just as much about non-Jewish Germans during the Holocaust as it is about Jewish Germans. The individuals who hid Ruth, Hanni, Eugen and Cioma have been recognized by Yad Vashem, the National Holocaust Memorial, as Righteous Among the Nations, an honor given to non-Jews who saved Jewish lives during the Holocaust. They had families — spouses and children — that they needed to feed, house and protect, and yet they shared everything they had in order to help Jews survive. These are the people who are often ignored in the Holocaust narrative, a story that typically only includes two sides: the Nazis and the Jews. But not every German was a Nazi, and the film honors these very individuals, who are all too frequently forgotten.

Julie Levey is a junior at The Spence School in N.Y. She is a member of Fresh Ink for Teens’ Editorial Board.Air Jordan XXXI 31 Shoes