My family’s connection to the Holocaust and the lessons I’ve absorbed as a result have informed my personal and political values. For me, this unique history sheds light on the consequences of events currently happening on the Mexican border, as children are being separated from their parents in the name of immigration reform.

Several years ago—for the first time—my grandmother, Rita Scharia-Hirsch, told me what happened to her during the Holocaust. The experiences she discussed with me on that day have impacted my understanding of the imperative to never forget  the Holocaust because, as the late Nobel laureate, Elie Wiesel once said, “To forget a holocaust, is to kill twice.” Beyond the obligation to remember, the lessons of the Holocaust present a moral code and an enlightened roadmap for the resolution of controversies and conflicts we face today.

My grandmother, currently 78 years old, was born in Belgium during the time of World War II. Shortly after her birth in 1940, and after the German invasion of Belgium, her family fled to southern France. In 1943, the Germans invaded southern France and began the systematic deportation of Jews to various concentration and extermination camps. Rita’s father, Leon Hirsch, was ripped away from the family in front of her eyes and deported to the Drancy concentration camp near Paris; he was ultimately sent to Auschwitz where he was murdered. My great grandfather’s abduction by the French Gendarmerie is sadly my grandmother’s first childhood memory and her only lasting memory of her father. I could easily tell that she still carries this memory with her as if it had happened only yesterday and not 75 years ago.

At the end of the war, Rita, who was only 5 years old at the time, her mother and her siblings aged 3 and 9, returned to their birthplace of Belgium. “As a widow and mother of orphaned children, my mother would receive aid packages,” recalls Rita. “The packages were sent by Belgian citizens and distributed by the Red Cross. Some packages contained different greetings and blessings. Inside one of the packages that we received was the picture of the Belgian king, prince and princess.” My grandmother was so excited to see the king in the picture and was so touched by this gesture that she has kept this picture with her no matter where she went, from the time she was 5 years old, until now. 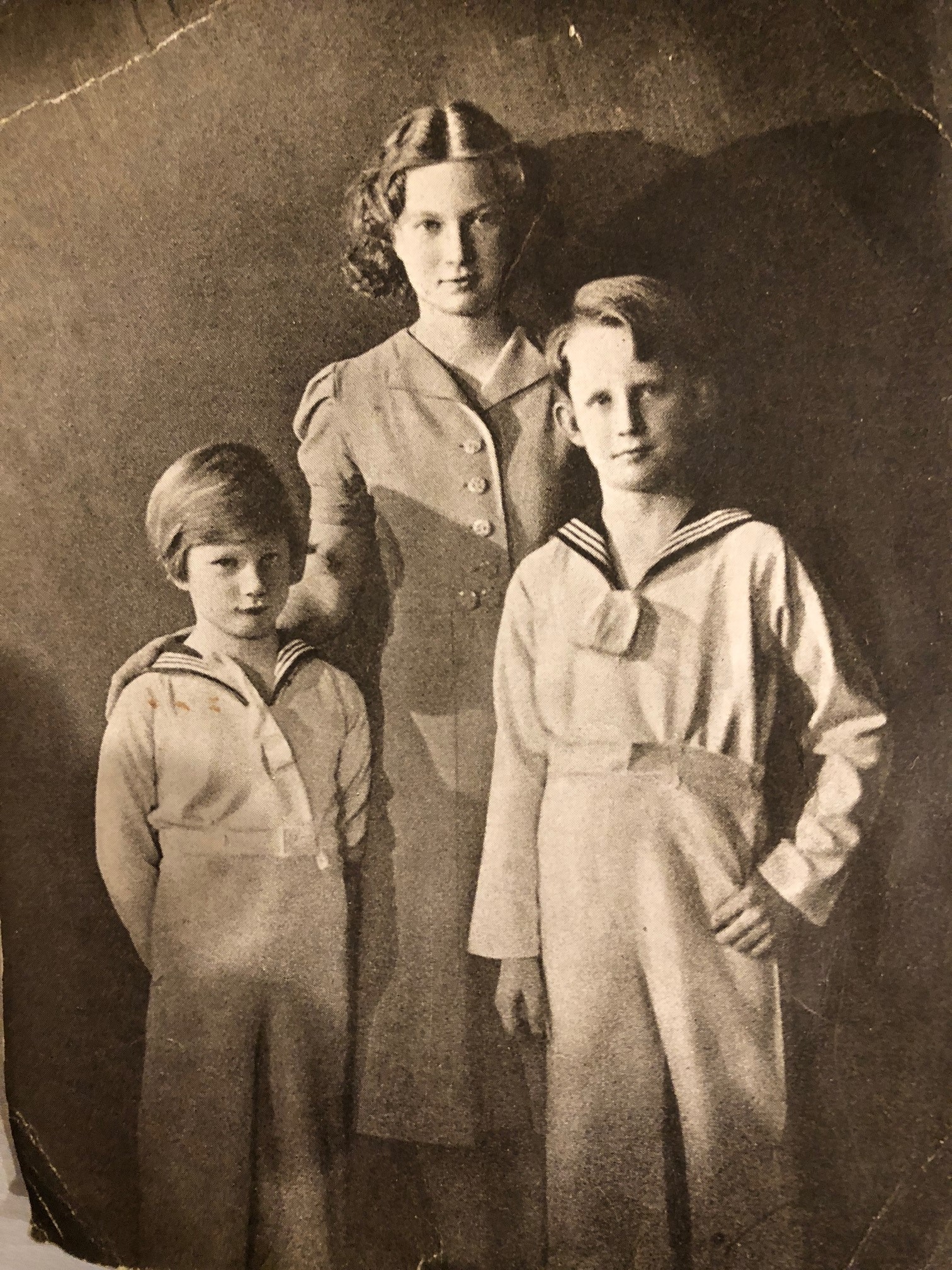 The photo of the Belgium Royal Family. Courtesy of Amnon Scharia.

A few weeks ago, Belgium’s King Philip and his wife arrived at a reception in their honor in New York, organized by the UN. One of the invitees to the event, my father, Dr. David Scharia, who works for the UN Security Council, approached the king and showed him the old photograph of the king’s father, Albert II, his brother King Baudouin and their older sister, Princess Josephine-Charlotte in their youth.

The astonished King immediately recognized his father and asked my father where he had received the photograph. My father told the royal couple the sequence of events. The Belgian king and the queen were touched to hear the story and astonished that the photograph had so inspired one of their citizens, a victim of the Holocaust. “As far as I am concerned,” says Rita Scharia-Hirsh, “this is the ending of a cycle, the closing of a circle: We returned to Belgium as destitute refugees and moved to Israel, and my son provided the picture to the king of Belgium today.”

Not all stories end so well, however.

Although the circumstances today are very different from the dark times of the Holocaust, history can teach us important lessons about the consequences of separating children from their parents on the Mexican border. It is crucial to consider the impact that the separation of parents from their children had on Holocaust survivors, such as my grandmother Rita. Just as these traumatic memories are part of who my Grandmother is, they are likely to become the first memories that these kids will carry with them all their lives. These children will always remember the people who tore them from their loved ones and those who provided for them and their families. “There is no possible reason to separate kids from their parents,” says Rita, “During the Holocaust, kids were separated from their parents either by the Nazis or in some cases, in order to save their lives by placing them with Christian families.”

My grandmother kept the photo for over 70 years as a reminder of everything that she had been through and the gestures that people in Belgium made towards her and her family. The memories that she has will forever be engraved in her mind. Ultimately, we all have a moral obligation to ensure that the memories of the kids who are being separated at the Mexican border today, will be replaced by the good efforts made towards them by the American people.

Amnon Scharia is a rising junior at Friends Seminary in Manhattan.