Irma Joubert delivers an eye-opening story about love, identity and the formation of eternal bonds.

There’s nothing like sitting at home during the winter and curling up with a truly moving piece of literature. Over Shabbat, I read a book that even brought me to tears — “The Girl from the Train” by Irma Joubert. This international bestseller tells the story of a young Jewish girl who escapes the Holocaust thanks to an accidental tragedy, and her struggle for survival afterward. 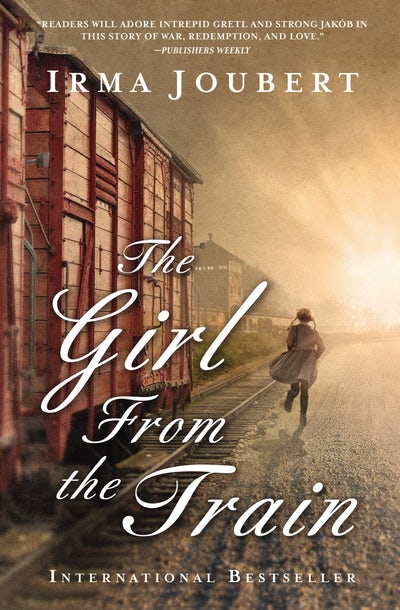 Six-year-old Gretl Schmidt is aboard a train headed for Auschwitz when, suddenly, a bomb hits the train. This leaves Gretl, the lone survivor, forced to fend for herself. While she is spared from the concentration camp, she is understandably lost, confused and fearful. Thankfully, she is noticed by Jakob Kowalski, is a Polish man fighting in the resistance against Germany, and the one who planted the bomb on Gretl’s train. Feeling guilty, Jakob takes her in as one of his own and teaches her his Catholic ways. Over the course of three years, Jakob and Gretl bond over secrets they hide from others and their own sentiments about the war. Nevertheless, Jakob still knows that she deserves better, so he sends her off to South Africa where he believes she will receive parents who will love her unconditionally, proper education and a fresh start. Before Gretl leaves, Jakob makes her promise that, for her safety, she is never to reveal anything about her Jewish roots, Catholic upbringing or her connection to Jakob’s involvement in Polish communism.

Years go by and Gretl evolves into a bright young woman and flourishes in Africa. She has assimilated herself with the African cultures and beliefs, almost erasing her past — almost. As hard as she tries, nightmares of the bomb and worried thoughts about Jakob fill her head. Gretl constantly ponders telling her story to her new family but ultimately decides against it and keeps her promise to Jakob. Jakob, on the other hand, works hard on to fight for the Polish communist cause. Their stories continue on and it seems as though the two will never reconnect until Jakob arrives to Africa unexpectedly. Upon his arrival, he is taken aback by the increase in Gretl’s beauty and maturity since he last saw her, many years ago. The two reconnect, spending many days and nights catching up, leading Gretl to think of Jakob less as a father figure and more as someone she could love. But it is not easy, Gretl and Jakob face hardships after they reconnect, specifically after revealing Gretl’s past to her family. Yet, the story ends with the blossom of newfound love.

When I finished the novel, my eyes were tear filled and I was left yearning to read more about Jakob and Gretl’s story. The story played with my emotions, delighting me during some chapters and devastating me during others. It also gave light to the fact that young Holocaust survivors had to hide their Jewish identity, sometimes even after escaping the Holocaust, in order to live a safe a normal life. As a proud Jew living in the United States, I am forever grateful that I am able to express my Jewish identity outwardly, unlike Gretl. I would recommend this novel to anyone who is looking for an eye-opening story about love, identity and the formation of eternal bonds.

Joanie Dweck is a sophomore at Yeshiva Of Flatbush. She is a Staff Writer for Fresh Ink for Teens.Asics Onitsuka Tiger