This article was selected as one of three finalist essays in the Fresh Ink for Teens' Student Writing Contest.

Using his writing like a beam of light, the late author Chaim Potok illuminated the oft-hidden world of the American Orthodox community. His vivid, tender descriptions of Orthodox characters in his novels depicted tensions between religious tradition and secular modernity, cultural preservation and assimilation.

Born in the Bronx in 1929 to Polish immigrant Jews, the urban New York backdrop of Potok’s childhood and his personal experiences with Chasidism are woven like threads into his novels, including his most famous, “The Chosen,” which portrays an intimate but unidealized view of American Orthodoxy.

Through his courageous choice to incorporate topics like Talmudic Study, Chasidism and rabbinical debates into his writing, Potok immersed secular readers in the complex Orthodox lifestyle.

In “The Chosen,” two boys—one the heir to a Brooklyn chasidic dynasty, the other a secularized Modern Orthodox Jew—meet during an all-American game of baseball. Potok meditates on their journeys from Jewish boyhood to manhood, tracing the chasidic boy’s choice to shed his payot and replace his Talmud with a psychology textbook, and the other boy’s ironic decision to attend Rabbinical school. Potok thus shattered the view of the Orthodox community as theological and ideological carbon copies, instead choosing to depict a far more intricate Jewish world, composed of individuals with unique backgrounds, dreams and futures.

Unlike Potok’s contemporaneous Jewish writers during the 20th century, many of whom wrote of assimilation and the travails of shedding shtetl norms for new American ideals, Potok wrestled more directly with the challenges of preserving Old World visions in a rapidly modernizing United States. The re-creation of Eastern European Jewish life in New York’s outer boroughs was a true sociocultural phenomenon, which Potok examined with both literary honesty and expertise.

Another influential novel by Potok, “My Name is Asher Lev,” depicts an Orthodox adolescent seeking to express himself through art against his family’s wishes. Potok does not shy away from difficult narratives—at one-point, Asher even paints his own Jewish mother on a crucifix—proving Potok’s ability to highlight the unorthodox aspects of Orthodox life.

An industrious scholar and writer, Potok’s academic influence extends beyond his widely-read books. He also published work on the Hebrew Bible, taught a graduate seminar on postmodernism at the University of Pennsylvania and wrote accounts of Jewish history. Just as Potok claimed writers such as Evelyn Waugh and Fyodor Dostoevsky influenced his writing, so too did Potok’s novels, scholarship and teaching inspire a future generation of readers and learners.

Potok was a tireless chronicler of a religious Jewish world that was voluntarily closed to modern advances and of a people both sustained and challenged by deep theological convictions. His body of work depicted a future for religious Americans marked by the difficult choices between tradition and modernity.

If any public Jewish figure ought to receive a spot in the Jewish-American Hall of Fame, it should be the man who fearlessly used literature to expose the wider American public consciousness to the lives and customs of their Jewish compatriots. 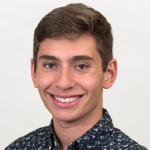