Fans lined the Nolita block for "the most marvelous" pastrami on rye.

Fans lined the Nolita block for “the most marvelous” pastrami on rye.

The only complaint uttered at 201 Lafayette Street, New York City, was about the knish: specifically, the limit of one per table. And this was coming from a restaurant with a three-hour line outside, comprised of fans of Carnegie Deli and Amazon Prime Video’s “The Marvelous Mrs. Maisel.”

In December 2016, the famous Carnegie Deli in New York City closed, much to the dismay of pastrami lovers throughout the world. But, for one week only, Carnegie Deli has reopened in partnership with Amazon Prime, and it is transporting fans of Mrs. Maisel back to 1958.

“The Marvelous Mrs. Maisel,” which premiered in March 2017, centers around Midge Maisel, a Jewish wife, and mother living on the Upper West Side in 1958, and her journeys as she ventures into the world of stand-up comedy. The television series—full of Jewish humor, powerful messages, beautiful costumes and outstanding performances—has captivated both critics and viewers, winning two Golden Globes and eight Emmys. The second season of the show is released today, and to celebrate its premiere, Amazon Prime has created the most marvelous pop-up promotion. 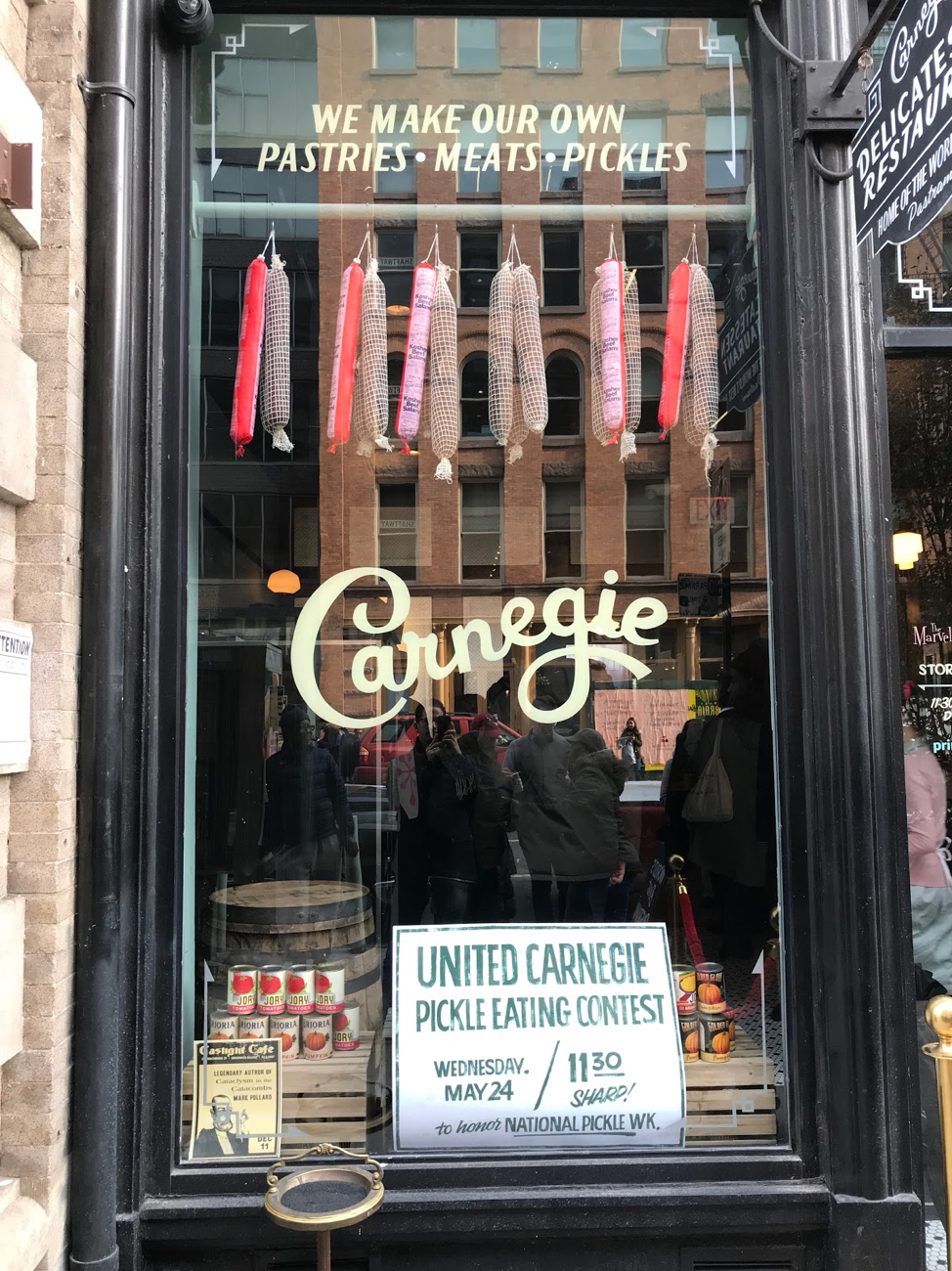 Outside the restaurant is a line of cars straight out of the 1950s, including a yellow Checker Cab, helping to set the scene for the deli experience. This is not the only line outside of Carnegie: in fact, on Saturday, December 1, the pop-up’s opening day, the line of patrons spanned two full blocks. Those standing in line were waiting to try “The Maisel,” Carnegie Deli’s seven-day-only special named after Midge Maisel herself, as well as other classic deli specials. At 1:30 p.m., Harry Rainbow, from Staten Island, finally reached the front of the line. He announced that he’d been “waiting since 11:00 a.m.”

At 1:30 p.m., Alicia, from Chicago, was the last person in the line. But, she was not deterred by the hours of waiting she had in front of her. She had come for the cheesecake. Alicia noted that while some people in Brooklyn might prefer Junior’s cheesecake, “Junior’s is like a Mercedes: if you gave me one, I’d take it. Carnegie cheesecake, though, is the Bentley.” Alicia recalls the various flavors (rugelach!) of cheesecake that Carnegie Deli used to serve and remembers a previous boyfriend waiting in line on the last day Carnegie Deli was opened to get a final piece of the delicious dessert.

Gayle Scott, from Manhattan, used to go to Carnegie Deli uptown after her father played music in the area. Scott loves the music and costumes of “The Marvelous Mrs. Maisel.” Her favorite characters are Midge and Susie (who has a turkey sandwich named after her), but she also thinks that Tony Shalhoub performs wonderfully as Midge’s father Abe Weissman.

The pop-up boasts a menu featuring several Carnegie classics—pastrami sandwiches, cheesecake, black and white cookies, pickles and knishes—all listed at 1950s prices. Caleb from California was most excited about the prices, but he, like the rest of the diners, was in for a wonderful surprise: his lunch was covered by Midge Maisel herself! Though the pop-up provides its diners with complimentary meals, it encourages guests to support the Lower East Side Girls Club, an organization offering programs for young women in New York City. The organization aims to bring an end to the poverty faced by the girls it serves, and like “The Marvelous Mrs. Maisel,” it seeks to inspire females and project empowering messages about women. 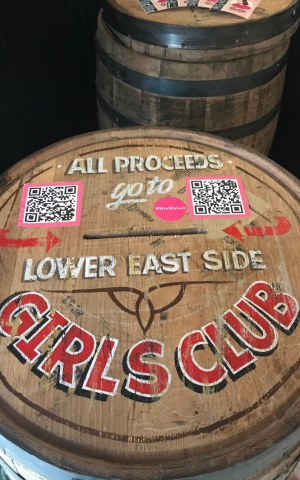 The inside of the Carnegie Deli pop-up, which is suitably nicknamed Home of “The Maisel,” transports diners straight back to the 1950s. For some, it is a sentimental recreation of their younger years, and for others, it answers the question of what a real 1950s deli would have been like. Everything from the bathroom to the photos on the wall and the jukebox is right out of the 1950s. Damon Laflamme, the friendly maître d’ welcoming guests into the 1950s, grew up in Connecticut and is enthusiastic about the pop-up. He said of the public opening, “It’s been crazy, but today’s actually our easy day.” The cast of the show visited on Nov. 29 and food bloggers were welcomed on Nov. 30. Laflamme was relieved that he was finally “serving the people we did this for.”

Lisa and Brian Feldman and Elyse Lazansky, from Armonk, New York, were lucky enough to get a table and happily enjoyed their pastrami sandwiches as they shared their favorite elements of the show. The trio thinks that Mrs. Maisel is “beautifully shot and well written” and “captures the essence of what we perceive 1958 to be.” They appreciate Midge’s feminist ideology and note that the challenges she encounters are pertinent to women today.

Gene Romano is a waiter at the pop-up, but he, like many of the other waiters, is also an actor, refusing to break character when questioned by a reporter. Everything from his costume to his Brooklyn accent to his humorous anecdotes as he takes sandwich orders makes his customers wonder if it is really 1958. Romano joked that he had known Midge since she was about 10 years old when she used to come by the restaurant as a little girl.

Restaurant “co-owner” Bernie Gross told a story of the pastrami recipe that his bubbe hid in his diaper before he moved from Ukraine to New York to ensure the family’s pastrami-making tradition was maintained. Bernie is a true believer, stating, “Pastrami could easily bring world peace!”

“Of course I have tried the food,” maître d’ Laflamme said, adding: “The pastrami’s amazing, but the knish is better!”

Julie Levey is a junior at The Spence School in N.Y. She is a member of Fresh Ink for Teens’ Editorial Board.jordan Release Dates