Israel is seeking $250b in compensation for Jews dispossessed from Arab countries.

On Jan. 5, 2019, Israel officially requested $250 billion in compensation for Jews dispossessed from seven Arab countries and Iran in the aftermath of Israel’s War for Independence in 1948. This may come as a surprise because when the issue of refugees is raised within the context of the Arab-Israeli conflict, people often think only of Palestinians. Therefore, the 850,000 Jews displaced from Arab countries have come to be known as the ‘forgotten refugees.’

Although Israel and Western countries ultimately absorbed these refugees, the injustice they suffered must be addressed. Displaced, their vibrant rich culture deliberately destroyed, they had to flee from their homes often in the dead of night with only the clothes on their backs. The history and rights of Jewish refugees must finally be recognized by the international community, together with the plight of the Palestinian refugees. 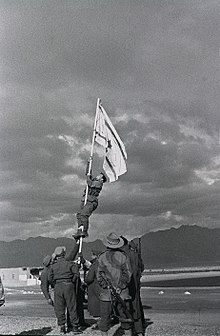 The devastating impact of the War for Independence in 1948 created approximately 750,000 Palestinian refugees. The vast majority fled at the request of their leaders, who promised they could return after the new state was destroyed. When Israel ultimately triumphed, they were left as political refugees, with surrounding Arab countries refusing to absorb their Palestinian brothers and grant them equal rights. But, not all of the Palestinians. Approximately 165,000 chose to remain in Israel, where they were offered equal citizenship. Today, Palestinians make up approximately 20 percent of the population.

Arab states continue to refuse equal rights to their Palestinian resident. Jordan granted citizenship to Palestinian refugees but these citizens can’t own property and are barred from government jobs. Lebanon restricts them from most professions, access to schools, public health, real estate ownership and keeps them in depressed housing.

In December 1948, the United Nations created the United Nations Relief and Works Agency (UNRWA), an agency committed to solving the Palestinian refugee crisis and bring about peace. Unfortunately, it only perpetuates the problem. UNRWA allows Hamas to use its facilities in Gaza and hires terrorists. Instead of developing its own school books, they utilize the ones provided by their “host”, i.e. the Palestinian Authority and Hamas, which brainwashes children to deny Israel’s existence and promote a culture of hate complete with incitement to violence and anti-Semitism. For example, UNRWA uses math books that teach students to count the number of dead martyrs in order to learn arithmetic.

To date, the Palestinians are the only refugee status group that have their own UN agency to service them and their descendants in perpetuity. In contrast, Jewish refugees received little recognition and no help or compensation from the international community. What’s truly disturbing, is that Arab countries are not condemned for denying citizenship or equal rights to their Arab brothers, purposefully prolonging their hardships as a pawn against Israel.

The new demand by Israel that these Jewish refugees and their descendants be compensated by the seven Arab governments and Iran is both just and long overdue. The international community must regard both refugee situations equally. It must pressure Arab countries to give Palestinians residing in their countries equal footing and accept Israel’s request for reparations.

Danielle Efrat is a junior at de Toledo High School in West Hills, CA. She is a 2018-19 StandWithUs High School Intern.Girls Shoes The ‘Heartwarming’ Story of Ethiopian Immigration